IS THE SPEED LIMITER PROPOSITION THE SOLUTION TO TRUCK CRASHES? 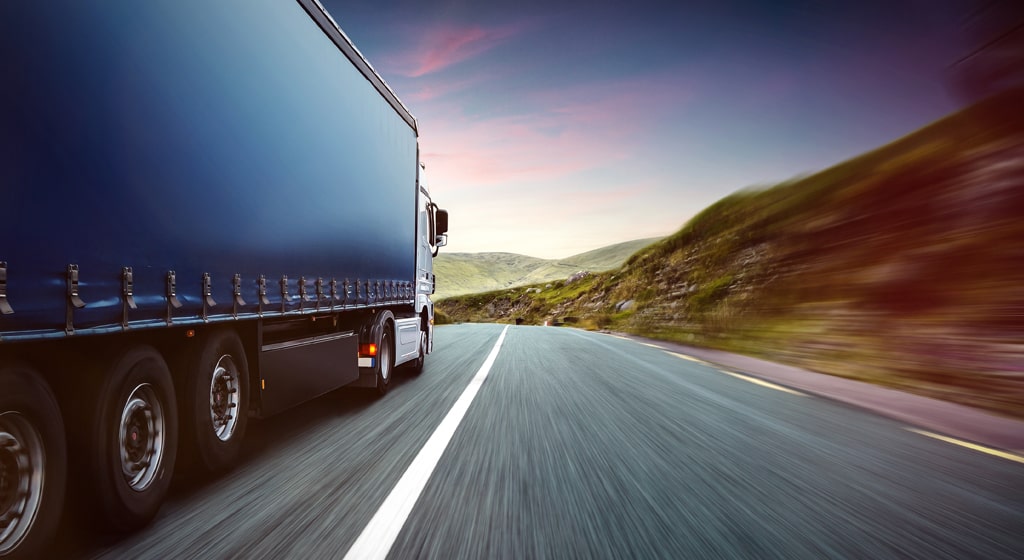 In light of the issue of devastating consequences of speeding, the Federal Motor Carrier Safety Association (FMCSA) has put forth a proposal - Speed Limiters. The Notice of Intent suggests a rulemaking that "if adopted, would impose speed limitations on certain Commercial Motor Vehicles that operate in interstate commerce."

The Conception Of An Idea

Post the installation of electronic engine control units (ECUs) in Commercial Motor Vehicles in 2003, most CMVs have been equipped with these, but no significant technological progress has been made in the years that have followed. FMCSA justifies going ahead with its proposal as concerns over the number of CMV related crashes and fatalities grow each year.

In 2016, FMCSA and Nation Highway Traffic Safety Administration (NHTSA) jointly issued a notice of proposed rulemaking (NPRM) on speed limiter, which was followed by a supplemental notice of proposed rulemaking. Taking into account the gross vehicle weight rating (GVWR) or gross vehicle weight (GVW) of commercial motor vehicles equipped with electronic engine control units which are capable of governing the maximum speed, speeds were suggested to be capped at 60, 65 or 68 mph by the Department of Transportation. Both NHTSA and FMCSA proposed their individual regulations - Federal Motor Vehicle Safety Standards and Federal Motor Carrier Safety Regulations respectively, which have been listed as long-term solutions for speed limitations and associated safety.

The process stayed on the backburner for nearly 6 years, coming back to life only after FMCSA published its Notice of Intent in the Federal Register on May 4, 2022. Prior to that, the Fall 2021 Unified Agenda of Regulatory and Deregulatory Actions had already informed the public that FMCSA intends to move forward with a separate motor carrier-based speed limiter rulemaking for most heavy-duty trucks. The Association will, nevertheless, continue to consult with NHTSA during the development of the rule. The proposed mandate would require the installation of speed-limiting devices on trucks, buses and multipurpose passenger vehicles weighing more than 26,000 pounds.

Though, it must be noted that FMCSA has not specified any speed limits as of yet.

FMCSA Intention and The Role Of ECUs

FMCSA envisages issuing an SNRPM, the adoption of which would put a ceiling on the speed of certain CMVs subject to the FMCSRs. The Association adds:

"The rulemaking would propose that motor carriers operating certain commercial motor vehicles, as defined in 49 CFR 390.5, in interstate commerce that are equipped with an ECU capable of setting speed limits be required to limit the CMV to a speed to be determined by the rulemaking and to maintain that limit for the service life of the vehicle."

This proposition brings ECUs to the apex of the strategy in order to maintain the yet-to-be-determined cap on speed. As such, the rulemaking would probably be applicable only to CMVs manufactured after 2003 - the year when ECUs were introduced in the truck's mechanism. This would save the FMCSA, truck manufacturers and truck owners the hassle of having a new apparatus installed in their vehicles to govern the speed range.

The Notice of Intent makes it vividly clear that the requirements of the rule will be shouldered by the motor carriers or the trucking industry to enforce the speed limiters rather than the Original Equipment Manufacturers (OEM). FMCSA explains in its FAQs that the "carrier-based approach could provide the opportunity to compel fleets that are not currently using speed limiters to slow down their CMVs within a relatively short period."

Thereby, FMCSA believes that placing the requirements on motor carriers and truck drivers will ensure compliance with the rule, and potentially avoid confusion on who is responsible.

The Upside and The Applaud

Since the NOI was made open for public reviews, it has gathered over 15,500 comments. Federal regulators have also extended the comment period till July 18. The plan has received support from the multiple high-ranking trucking officials of national and multi-regional carriers.

The American Trucking Association has expressed interest in the revived rulemaking by the FMCSA, with a positive response to setting the speed limits for trucks, if consistent with the ATA Policy. The organization states that they "look forward to working with the agency to shape a final rule that is consistent with our policy supporting the use of speed limiters in conjunction with numerous other safety technologies." They have also termed the Notice as a "constructive, data-driven approach to the issue of truck speed limiters."

ATA corroborates capping speed to 70 MPH in trucks equipped with Automatic Emergency Braking and Adaptive Cruise Control, whereas the policy suggests a ceiling of 65 MPH for trucks without those safety features.

Independent truck drivers or fleet owners who back this rulemaking opine that having a limit on speed would contribute to lessening horrible wrecks on the road as well as tailgating.

The Downside and The Controversy

Contrarily, the Owner-Operator Independent Drivers Association continues to oppose speed limiters ever since the idea was conceived, calling it a "split" between speed limits of heavy trucks and autos. OOIDA claims that speed limiters would result in more interactions between trucks and passenger cars and consequently decrease safety.

A good chunk of individual truck drivers and fleet operators believe that this regulation is harmful to the already heavily regulated industry - most companies already self-regulate the speed of their carriers. One commenter calls it a "huge overstep of power."

The primary reason that has been put forth against limiting speeds is the negative impact on safety caused by speed differentials between trucks and passenger cars on highways. There is a worry about more road rage and traffic jams, and concerns about slowing down the already snail-paced on-land freight supply chain, leading to delayed deliveries, and also making trucking a less desirable job option.

The common claim is that in a truck accident, it is hardly ever the larger vehicle that is at fault. The opponents of this rulemaking suggest speed limits on smaller automobiles instead and stricter rules for overspeeding on their end.

The Pace That Awaits

It must be stressed that the Notice of Intent is a data collecting and research exercise for the Federal Motor Carrier Safety Association. Final limitations have not been proposed and it will only be done after public opinion, especially within the trucking industry, is taken into account and a middle ground can be agreed upon.

The middle ground insinuates that a one-size-fits-all approach might not be a solution to the speeding issues FMCSA seeks to address. Compliance with the posted limits set by highway engineers, variable speed limits on major roads, and landscape variations ought to be considered thoroughly when going forward with the Notice of Intent.

FMCSA spells out on its website that it will appraise the information obtained through the NOI comments informing the proposal. It anticipates publishing the Supplemental Notice of Proposed Rulemaking in 2023 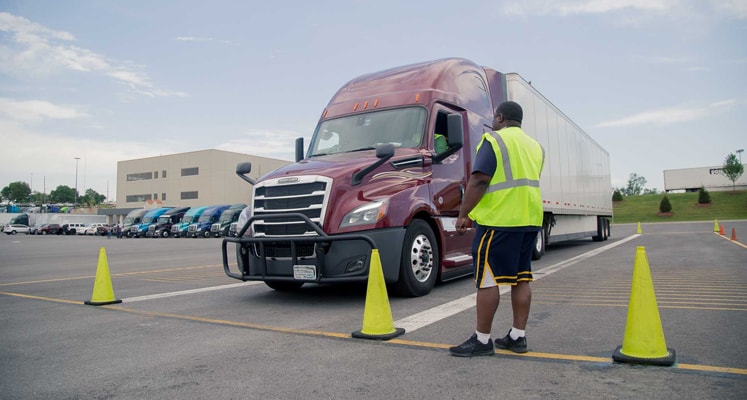 What Is To Be In Truck Driving School Is Really Like? 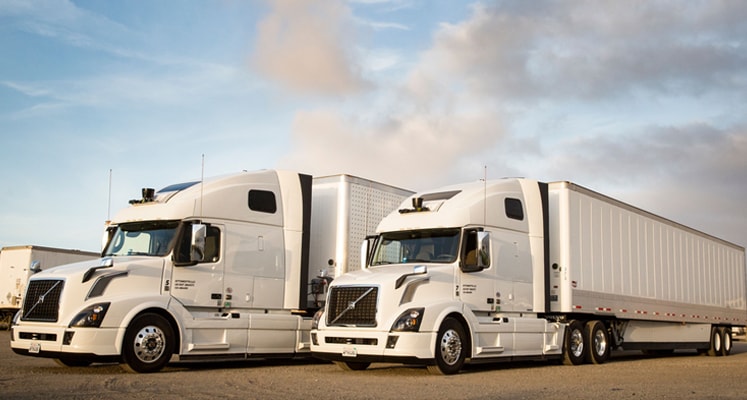 Learn More About Trucking Industry! Trucking Business In The Us 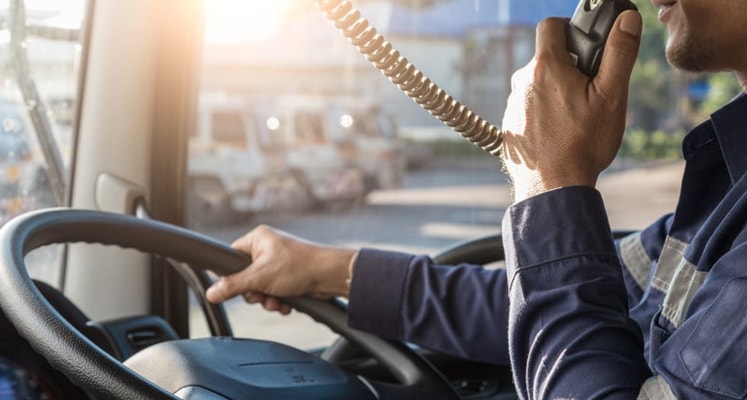 Is Achieving Commercial Driving License(Cdl) Worth It